Conflict, social and economic struggles have always been staple narratives in art, and last year I was fortunate to attend the 56th Venice Biennale entitled ‘All The Worlds Furtures’, where undoubtedly these subject matters were very much more than an undertone in this showcase of art from around the world, in fact the show had an essence of revolution in the air.

Video works were in abundance at the show with one of two notable pieces by Russian artist collective AES+F entitled ‘Inverso Mundus’, a 7 channel HD video installation which was not only abundant in content but a spectacle in presentation consisting of a projected piece the length of two London buses. The piece is described by AES+F as a redepiction of Engravings in the genre of “World Upside Down”, known since the 16th century that depict such scenes as a pig gutting the butcher, a child punishing his teacher, a man carrying a donkey on his back, man and woman exchanging roles and dress, and a beggar in rags magnanimously bestowing alms on a rich man. These engravings contain demons, chimeras, fish flying through the sky and death itself, variously with a scythe or in the mask of a plague doctor.

Mundus – the Latin “world” and Inverso – is both an Italian “reverse, the opposite” and the Old Italian “poetry,” which alludes to the art processing. In AES+F’s interpretation, the absurdist scenes from the medieval carnival appear as episodes of contemporary life in a multichannel video installation. Characters act out scenes of absurd social utopias and exchange masks, morphing from beggars to rich men, from policemen to thieves. Metrosexual street-cleaners are showering the city with refuse. Female inquisitors torture men on IKEA-style structures. Children and seniors are fighting in a kickboxing match.

Inverso Mundus is a world where chimeras are pets and the Apocalypse is entertainment.’ 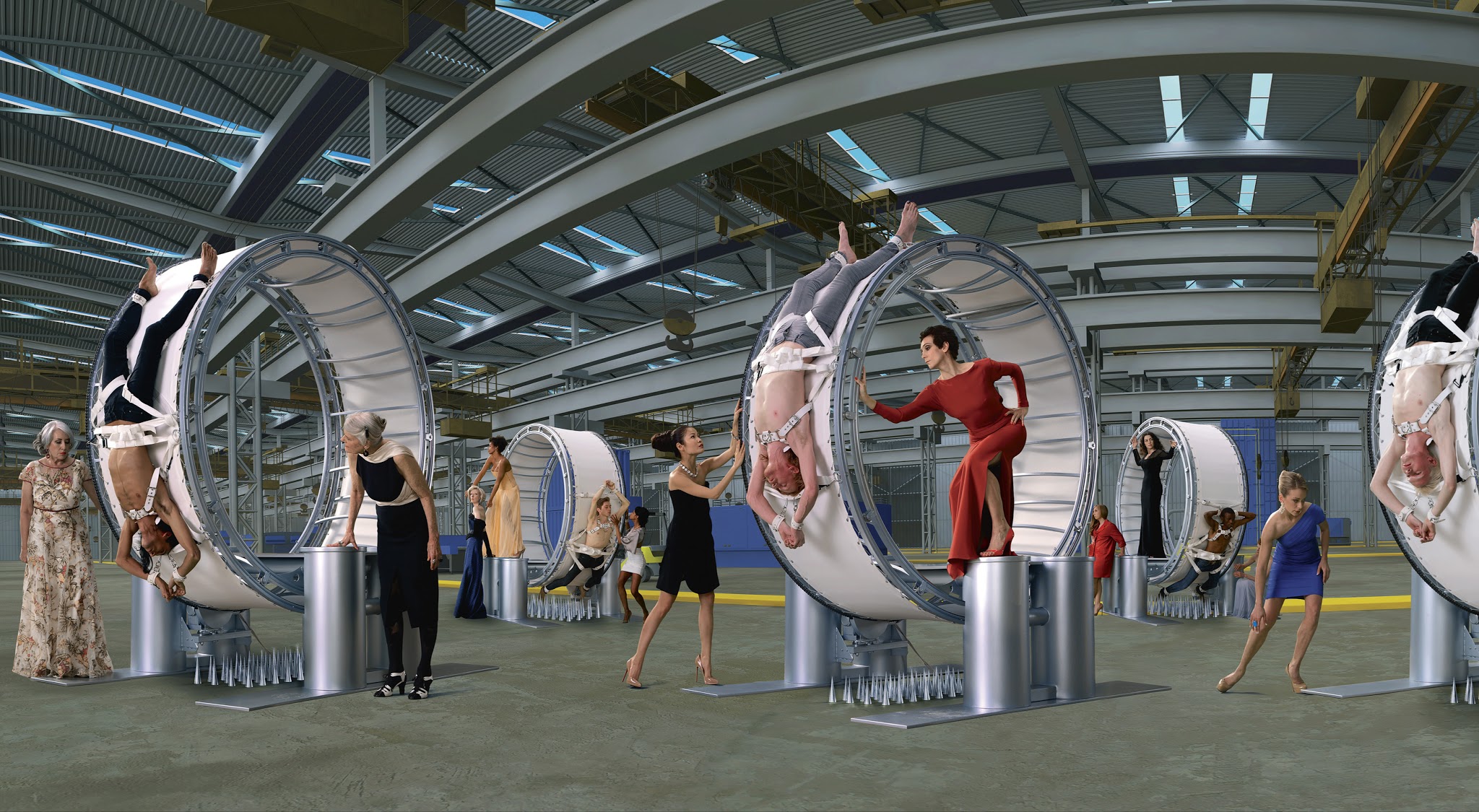 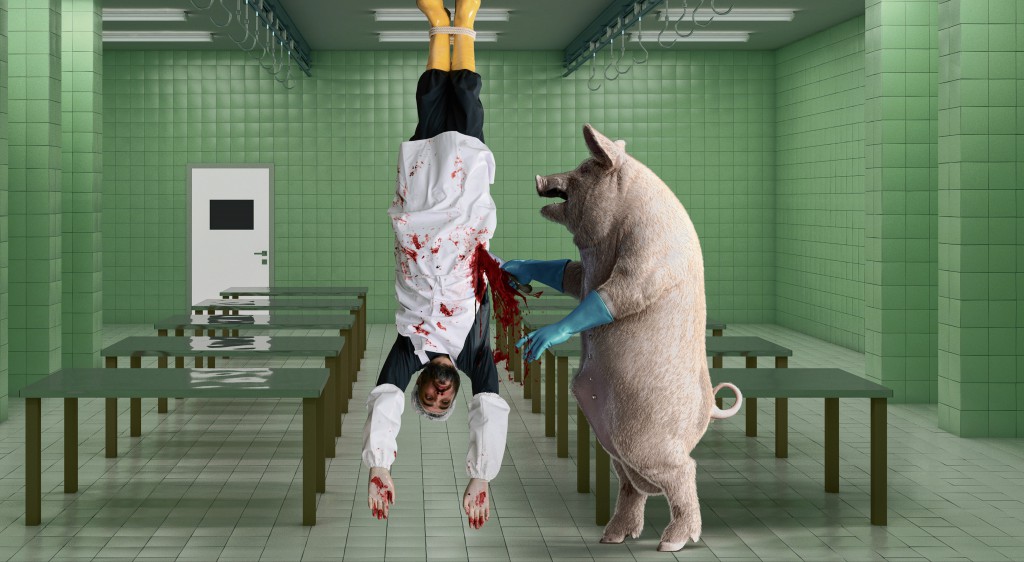